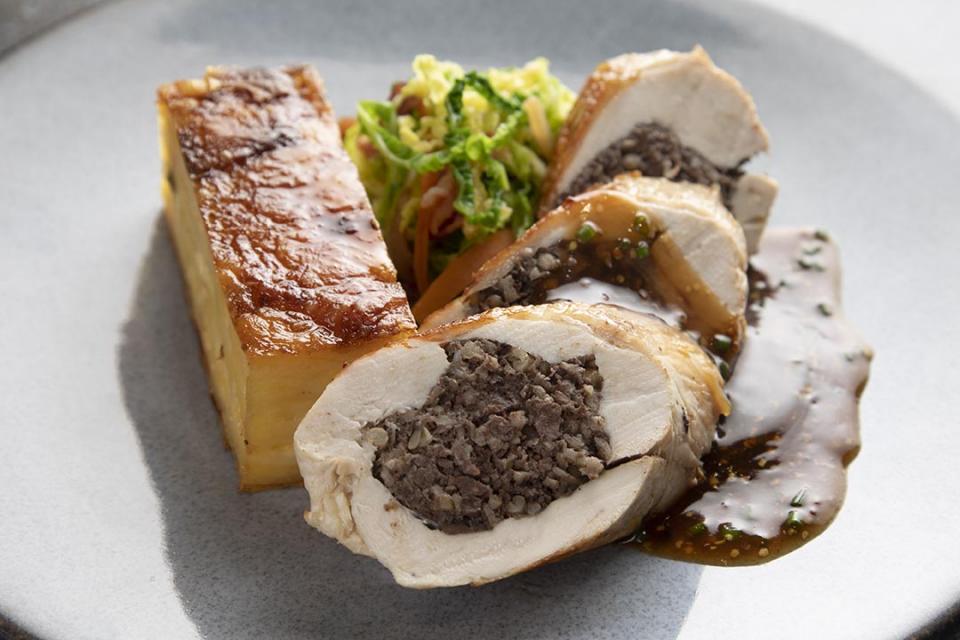 This dish is a huge hit in my house, when we have visitors when asked what the would like for dinner they always ask for the same dish and its this one super simple and packed with flavour. The crisp skin of the chicken and spice and texture of haggis, what’s not to love?

Ingredients
750g Potatoes, Peeled and Thinly Sliced
300g Double Cream
50g Unsalted butter
3 Cloves of Garlic, crushed
1 Sprig Thyme
1 Sprig Rosemary
100g Smoked cheddar cheese
4 Chicken breasts, skin on
1 Savoy cabbage
300g Haggis
50g Whole grain mustard
12 Rashers dry cured bacon
1 pkt Chives
50g Butter, unsalted
Instructions
The first thing you will need to have organised is the creamy gratin potatoes, the good news is this can be pre-done in advance, if you don’t have time or are looking for something a bit healthier this dish works well with simple new boiled potatoes.
Pre heat the oven to 180°C
In a thick bottomed pot add the cream, butter, rosemary, thyme and garlic, bring to a boil.
Season with salt and pepper.
Once the cream solution has boiled strain add the sliced potatoes and slowly simmer until the cream starts to thicken.
This is the starch coming out of the potato, it also helps speed up the cooking process in the oven as the potatoes have started cooking.
Next carefully layer the potatoes into your tray, I like to add a little grated cheese into each layer as I go making sure you reserve some for the top at the end.
Scatter the top layer with the cheese, cover your tray with tin foil and place into the oven.
Bake in the oven at 180 ̊C for 20 minutes after which time removing the tin foil and bake for a further 15-20 minutes or until a knife can easily be inserted.
To prepare the cabbage, remove the outer leaves and discard, these leaves are normally very dark and sometimes damaged.
Cut the root off and start to remove the leaves, you will be able to remove most of the leaves until you get to the centre. Take each leaf and remove the centre spine and discard.
Shred the leaves by rolling them up tightly and running your knife through the leaves as thinly as you can until all the leaves have been cut.
With the centre core, quarter it and shred, there is no need to remove the centre spine as the centre is very tender.
Get your oven on to preheat at 200°C.
Blanch the cabbage in rapidly boiling water then drain in a colander and cool with ice cold water.
You now need to prepare your stuffed chicken breasts, you do this by placing the chicken breast skin side down on the chopping board, carefully make an incision from top to tail of the breast, without going all the way through. Then open up the incision on each side to make a pocket.
Next take about 75g of Haggis and roll it into a long sausage shape the same size as the cut in the chicken. Place the haggis into the space in the chicken and cover and roll.
In a hot pan sear your chicken breasts, skin side down first until crisp and golden. Remove from the pan and place onto a roasting tray and pop into the oven for about 15 minutes or until the thickest part reaches 75°C.
Take half of your bacon and cut into thin strips, pan fry the bacon until cooked add the blanched cabbage, chopped chives and the whole grain mustard and mix well.
Once you chicken breast is cooked you are ready to serve.

Chill the fridge out 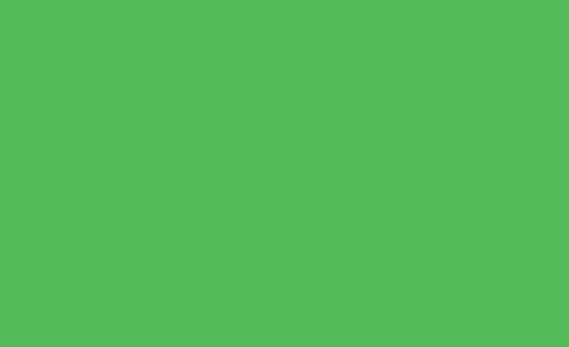 There's always one bad apple that spoils the barrel, so keep an eye on your fruit, and separate out fruit which is ripening up more quickly than the others.